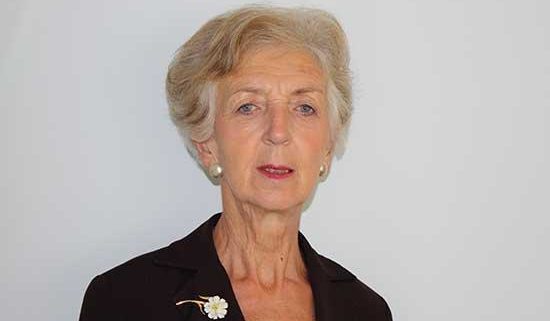 Speaking after her election, Anastasia, who has served as a member and Vice-president of the UN Committee for the Elimination of Racial Discrimination she will now lead, said

‘It’s an honour and privilege to be elected as president at this crucial and challenging time for all who care globally about human rights, including the right to be free from racial discrimination in all its forms. While there has been a worldwide improvement  over the 50 years since the Convention was adopted by the UN General Assembly, certain manifestations of racism that were if fact always with us, have become more visible. We face a major global challenge to develop a rights-based approach to the needs of migrants and refugees in all the world’s regions ,not least Europe  in a way that is free from racial discrimination. As a woman, I’m very conscious of the ways that women experience racism and the need to address that combination of racism and gender oppression which affects too many women globally. As an Irish person I’m conscious of the work done to combat racism in Ireland but also the major challenges outstanding to realise full human rights and equality including for Travellers and Roma’.

Anastasia Crickley has challenged and addressed racism throughout her life, in direct work with discriminated groups including Travellers and Roma, in academic arenas, and in global and local policy and human rights fora.

She was Chairperson of the European Union Monitoring Centre on Racism (EUMC) and of the EU Fundamental Rights Agency, and served as Personal Representative of the chair in office of the Organisation for Security and Cooperation in Europe (OSCE). She has a long standing association with the Council of Europe including as a member of the Framework Convention on the protection of National Minorities and is currently vice-president of the International Association of Community Development.

A long term advocate for equality in education at all levels, the Department of Applied Social Studies at Maynooth University which Anastasia led until October 2015 has played a national leadership role in access and participation opportunities for marginalised and minority groups including Travellers.