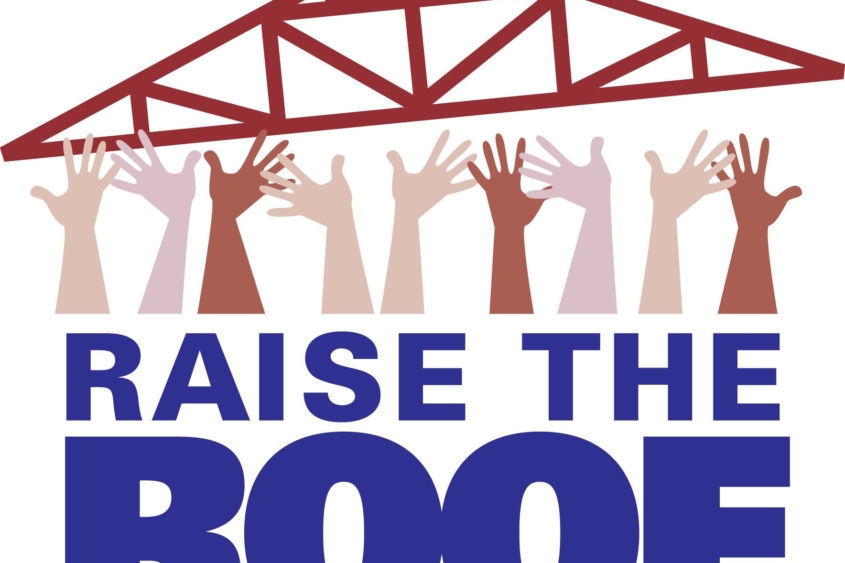 ‘Raise the Roof’ to coincide with opposition party motion on the Housing Crisis in the Dáil.

A wide range of Civil Society Organisations have come together urging support for the campaign to demand action on the housing crisis.  A lunchtime rally (12.30-2pm) has been organised for Leinster House tomorrow, Wednesday, with a new direction in housing badly needed, ‘Raise the Roof’.

Across all areas of our society there is suffering because of the housing and homeless crisis. There are almost 4,000 children homeless, the thousands of parents trying to send their children to college are impacted, as are women experiencing abuse and seeking to leave a dangerous situation, as are those who might experience a temporary loss of employment, and couples wanting to start a family.

Threshold’s John Mark McCafferty explained: “We see tenants accepting unsuitable, unaffordable properties as there are less and less properties on the market. All the while, rents are rising. This negatively impacts their health, well-being, dignity and ability to afford an acceptable standard of living. Those that can no longer afford the rents or compete in the market face homelessness and uncertainty.”

Margaret Martin, Director of Women’s Aid said: “The housing crisis is having a serious impact for women and children affected by domestic abuse.  The lack of affordable and social housing, coupled with the dearth of affordable rental properties means that there are women calling our Helpline who are forced to sleep in cars. Some find themselves on sofas at the homes of family.”

Brid O’Brien of The Irish National Organisation of the Unemployed added: “A lack of affordable and accessible options; uncertainty of tenure; delays in official supports coming on stream impacting access to what options there are. Landlords looking for work references have particular implications for people who are unemployed, and in particular for those who are long-term unemployed or may not have yet started their first job. It leaves people in an impossible cycle, as trying to get work without an address is challenging, while trying to get a home without a job is now more challenging”

Community Work Ireland’s Rachel Doyle said: “The housing crisis is affecting whole communities throughout Ireland and particularly those who experience the highest levels of poverty, inequality and social exclusion including Travellers, migrants, lone parents. Provision of appropriate, sustainable and quality housing and accommodation are central to the realisation of social, cultural and economic rights. Collective responses to this issue are key to empowering communities and ensuring that the voices of those directly affected by the issues are heard and that housing and accommodation rights in Ireland are realised as a matter of urgency.”

Paul Ginnell of the European Anti-Poverty Network (EAPN) said: “The housing crisis, and the inability to effectively address it, has the worst impact on those with the lowest incomes and living in poverty. Those 10,000 adults and children who are now homeless, and those on the margins of it, are experiencing tremendous damage to their wellbeing. The Government must now act decisively to rapidly deliver on adequate levels of affordable and social housing. It should also move to enshrine the right to housing in our constitution.”

Nick Henderson of the Irish Refugee Council said: “At present, hundreds of people with refugee status, who have already spent protracted periods of time in the asylum process, are unable to move out of Direct Provision because of the lack of affordable rental accommodation. There is considerable solidarity on the ground amongst people, organisations and community groups, which is what’s needed – a united front to pressure the Government to properly respond to this crisis.”

Bernard Joyce Director of The Irish Traveller Movement said: “We need a shift in national policy and call this for what, it is, a national emergency housing crisis, the mechanism to deliver a home for Travellers has failed both our Community and the Irish State. We have put forward clear proposals to address the accommodation crisis facing our community. Travellers account for 4,460 people in overcrowded halting sites and in standard housing, 585 families living in unauthorised halting sites and a further 517 individual Travellers are homeless, eleven times the number for the general population.”

Martin Collins of Pavee Point said: “Overcrowding is a major issue for Travellers as the community struggles to cope with the lack of accommodation.  People ring us who have been on accommodation waiting lists for 10 and 15 years and are despairing. Living conditions impact on health – especially mental health and the Traveller community experiences a suicide rate that is six times the national average.”