A tribute to Fergus McCabe 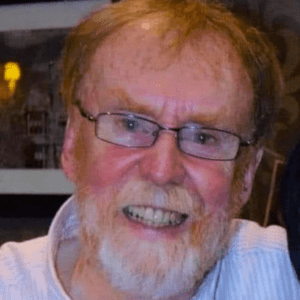 As for many others, news of Fergus’s death brought to mind his groundbreaking work and its ongoing implications for the people of the North Inner City of Dublin and far beyond, as well as his national contributions and solidarity with other causes.

Fergus was one of the group which came together in the early 1980s to found what became the Community Workers Cooperative, now Community Work Ireland. They established firmly the commitment to change to achieve social justice and an end to poverty as an essential starting point for all undertaking community work, a commitment which continues to serve well in these challenging and changing times.

My own commitment around that time to coming home from London to work in Ireland was reinforced by reports of the work of Fergus and friends. The connections they made between local poverty and intergenerational unemployment and exclusion, the responsibility of the state and local authority to address these inequalities, and their own responsibility to organise with people and campaign for change, were inspiring.

They pointed then to community work which needed to go well beyond contained and controlled self-help which inferred that the problem and all answers to it lay with the people experiencing it, to a practice with real potential for change. Although perhaps remembered most for the Gregory Deal, the principles established, in effect of community rights, have informed many struggles since.

Fergus was generous in his support of Pavee Point and of the rights of Travellers from the early days, and its partnerships with the groups he was part of continue. These are particularly valued for ongoing work and collaboration on drugs issues. Earlier when Pavee Point was yet again without a home, Fergus and NCCCAP friends offered a floor of the building they were renting in Beresford Place. Later on, the same friends and organisations generously supported the move to the current ‘Free Church’ building, giving clear and ongoing community support to an initiative in a marginalised area, for another marginalised community.

Fergus gave generously of his time to the students from the Community and Youth Work Programmes at the Department of Applied Social Studies Maynooth University, who were sent on placement to him at the Neighbourhood Youth Project in Summerhill. This nationally innovative project, which focused on restoration and rights for marginalised young people, blazed a trail that was continued and reinforced for communities also by the Inner-City Organisations Network, Citywide, and other drugs initiatives in which Fergus played instrumental roles.

His work locally and nationally was as principled as it was groundbreaking. Having been part of the setting up of the National Drugs Task Force and their local partnership counterparts, he resigned from the National Drugs Strategy Team in 2009 because of his concerns with bureaucracy, lack of sufficient unfettered state support and of real partnership with community groups. He continued his work on the drugs crisis in other ways.

Our sympathies today are first and foremost with Helena, Ella, Kathy and Eoin, and all the rest of Fergus’s family who bear the biggest burden of loss at a time when the farewell they might have wished is not possible. May they be supported in their loss by the knowledge that his life and traversing of the ‘road less travelled’ made a difference not fully known.

Our sympathies are also with his many friends, colleagues and collaborators in the North Inner City, Dublin, nationally and beyond. May Fergus’s commitment, courage and consistency continue to live on in the ongoing struggles of marginalised and minority communities for a just and equal world where the rights of all are realised.